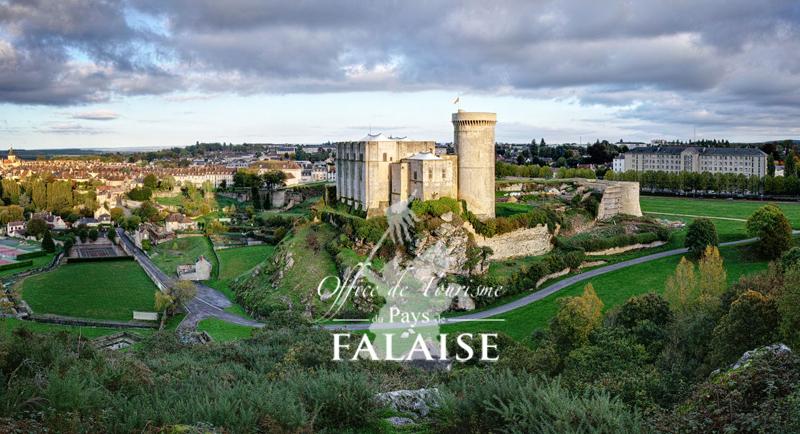 Small town of 8000 inhabitants between the Pays d'Auge and the Normandy Switzerland, Falaise is a fortified medieval city. The fortress has an end of the rampart is the birthplace of William the Conqueror, Duke of Normandy and future King of England.

A prosperous city and famous from the Middle Ages to the nineteenth century thanks in particular to the Guibray fair and the horse breeding, it suffered from the 1944 bombardment during the liberation of France by the Allies.

Falaise has been able to rebuild itself by preserving its heritage that had not been destroyed by bombs, the hôtel Saint-Léonard is one of the survivors. A walk in the city will allow you to discover the different old sites, a route is proposed by the tourist office. 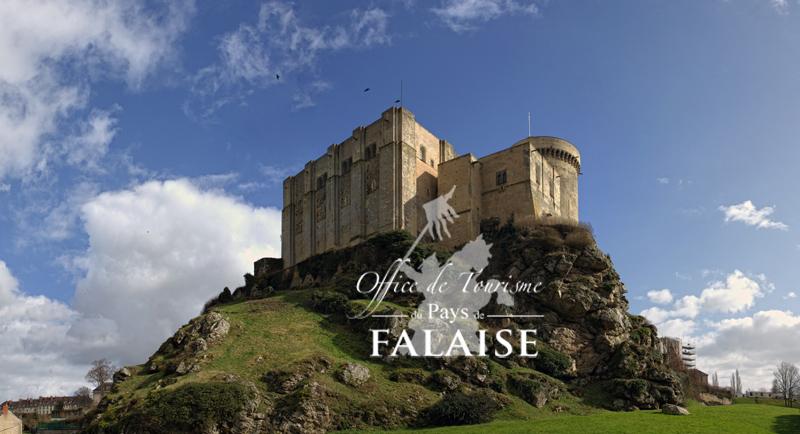 All the tourist sites of Falaise are within walking distance, you can park your vehicle in the hotel courtyard. Less than 5 minutes from the rooms of La Fresnaye and La Rotonde, you can enjoy a meal in one of the many restaurants in the city centre.